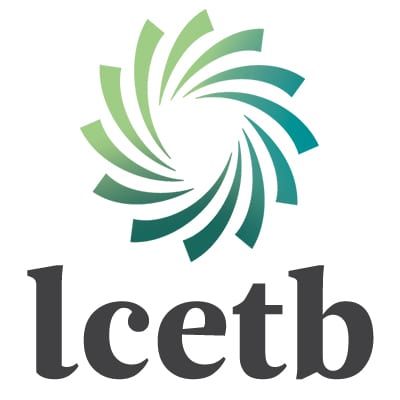 Literacy on the Loose
By ALOA
0
28 Views
Uncategorized

LCETB were involved in the recent Literacy on the Loose seminar with Trinity College Dublin. Check out their contribution ‘Literacy on the Television’ here: 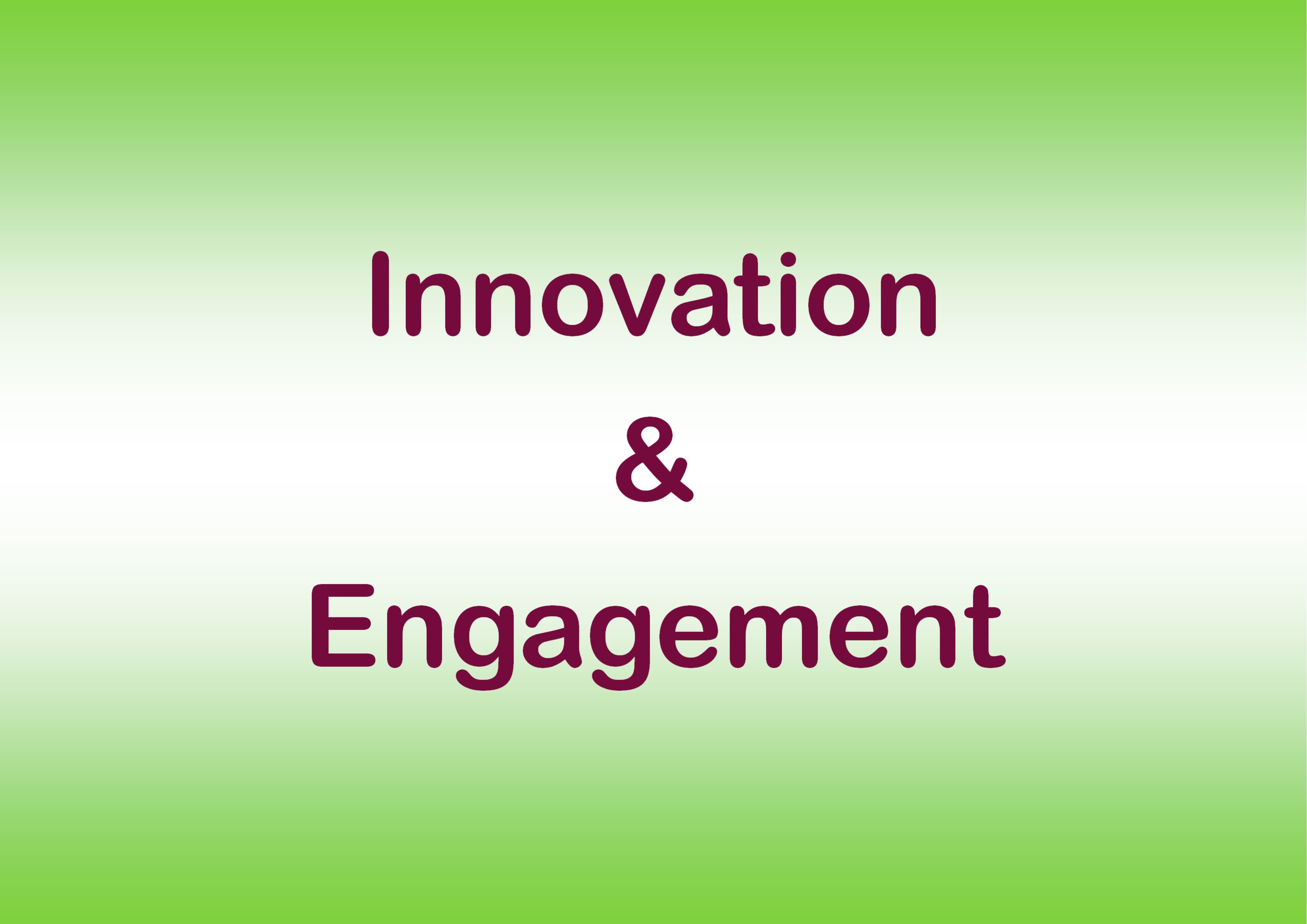 Like many Adult Literacy Organisers around the country Siobhan and the tutoring team in Ballyfermot in Dublin City are getting creative to keep in touch with learners during the Covid19 closures.  This magazine has been distributed to all learners to help keep in touch and work on skills during this time.

ALOs have been busy!
By ALOA
0
53 Views
Uncategorized

These extraordinary times have called for extraordinary responses and ALOs and tutors around the country have stepped up to meet the challenge. Here is a snapshot of all the ways in which we have been engaging with our learners, and some observations and challenges experienced by all of us during this time. This has been a solution driven, positive response with a huge array of methods of communication and delivery on show. A big thank you to all of you involved in this. We will post some links to resources shortly.

Here’s a summary of the main engagement: 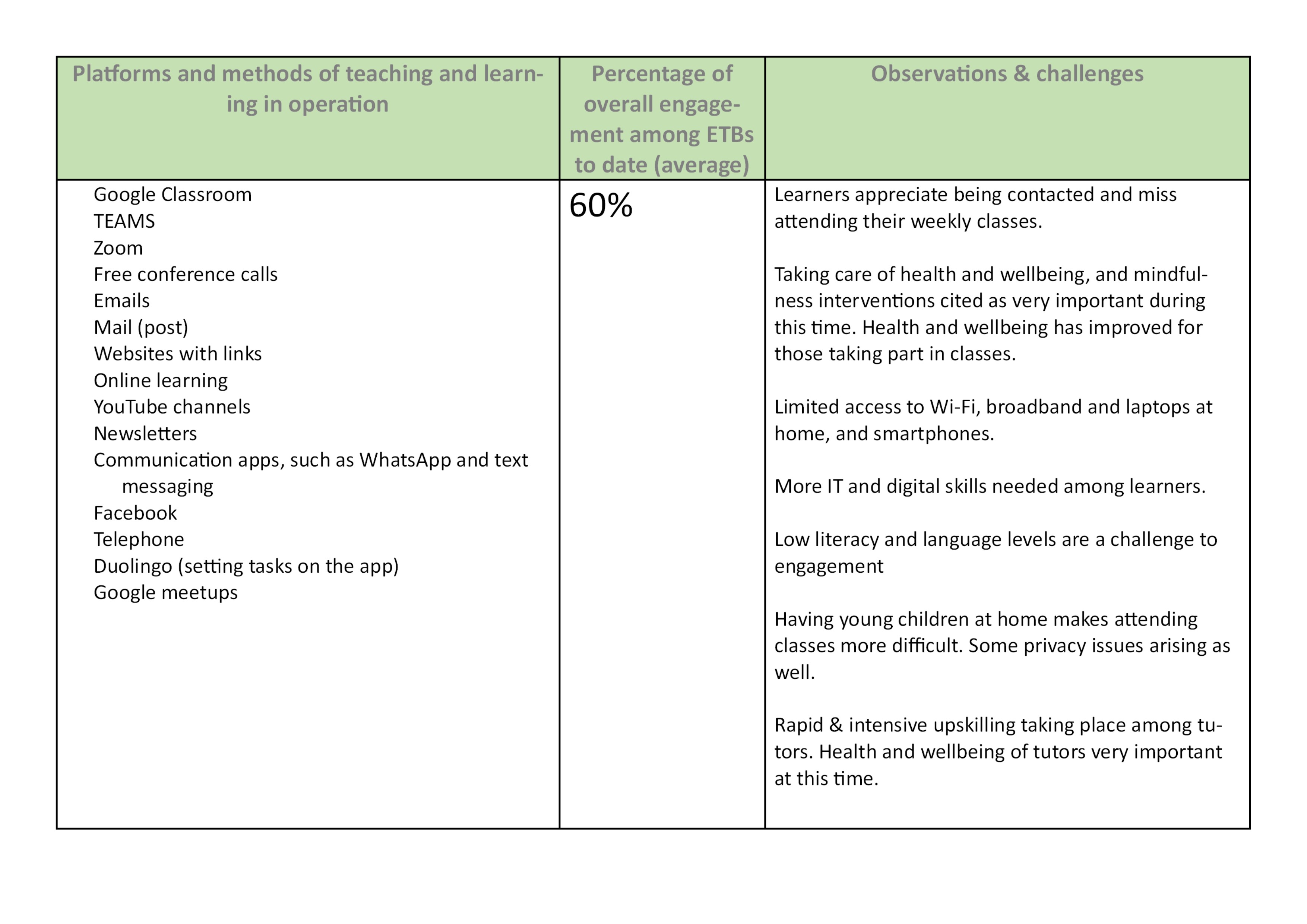 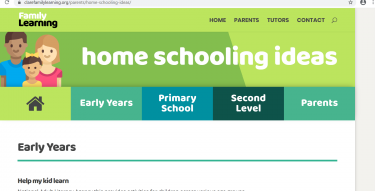 Thank you to Mary Flanagan of Clare Family Learning for sharing their ideas for help with home schooling. The website has links to a range of resources for primary and secondary school children, as well as for parents themselves. Have a look at the website here : https://clarefamilylearning.org/parents/home-schooling-ideas/ 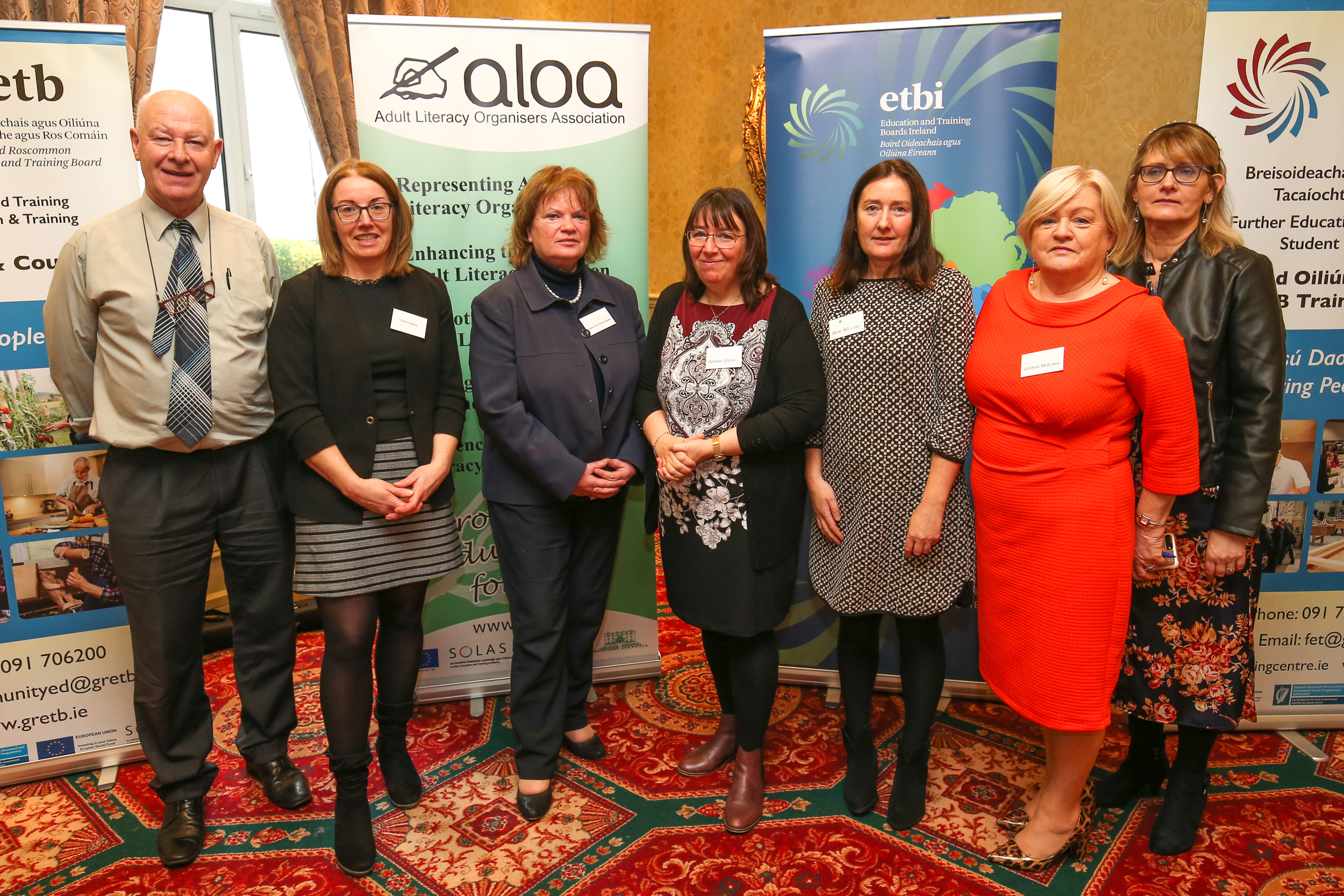 The ALOA/CEFA Collaborative Conference took place in the Galway Bay Hotel in November 2019. Supported by Solas and ETBI, the theme of the event was ‘Valuing and Evaluating Non-formal and Informal Learning‘. We had in the region of 100 delegates in attendance, with representation from Adult Literacy Organisers, Community Education Facilitators as well as Solas and ETBI.

The conference covered key aspects of non-formal and informal learning from policy to practice, highlighting the value of learning and showcasing current tools and methodologies which measure the value of such learning on people’s lives.

Experts from Ireland and Europe spoke at the event including Roisin Doherty, SOLAS, Micheal Kenny, Maynooth University and Mai Timmi, Department of Education, Estonia. The Learner Voice was represented by Community Education and Adult Literacy learners from GRETB, and the positive experience returning to education with ETBs was showcased. 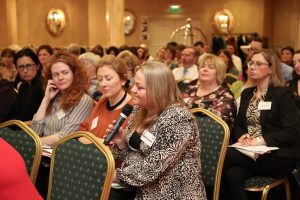 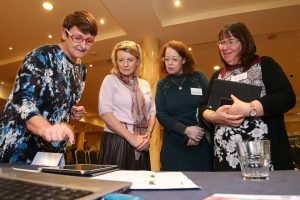 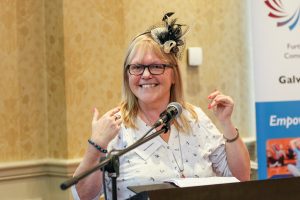 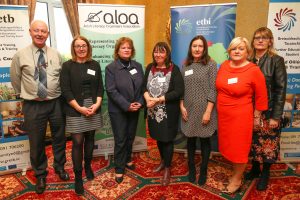 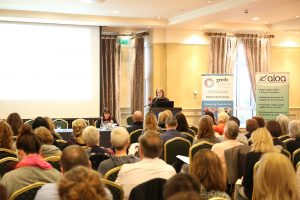 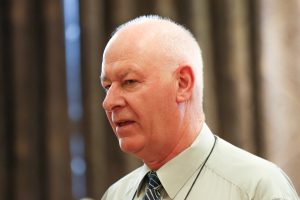 The ALOA had their annual AGM in Piper’s Hill on 9th May, 2019. At the AGM, following the Secretary and Treasurer’s reports, we thanked Tara Kelly and Margot Walsh for their outstanding work on the Executive and welcomed new members, Aidan McCloskey and Kevin Kelly. Alison Jones, as Chair, thanked all members of the Executive for their hard work over the year and briefed all ALOs present on the activities of the ALOA Executive and the national position regarding associations. The exemplary work of Marian Lynch, Adult Literacy National Co-ordinator, was also acknowledged and a presentation made to Ciarán Lynch on her behalf. There were no resolutions this year. For the first time Mentimeter was used to ask ALOS to best describe their role. Here is the result: 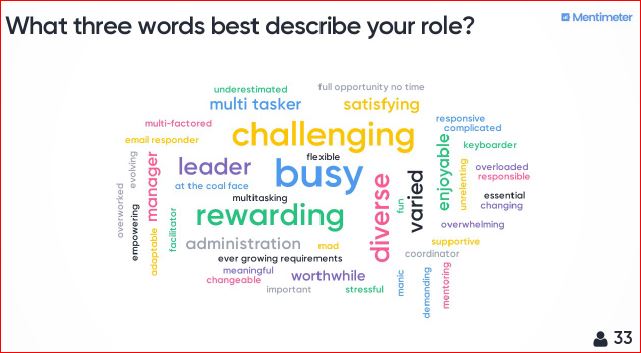 The event marked our 20 year anniversary as an association so was followed by a celebration of our success with presentations from ALOs past and present. Frances Ward and Pat Ayton presented their short history of Adult Literacy Provision and the foundation of the ALOA from the early days, explaining step by step all the events that have led up to the present day Literacy Service. A copy of their short book was distributed and is available to download.

Four other presentations detailed areas of success across the country and included: 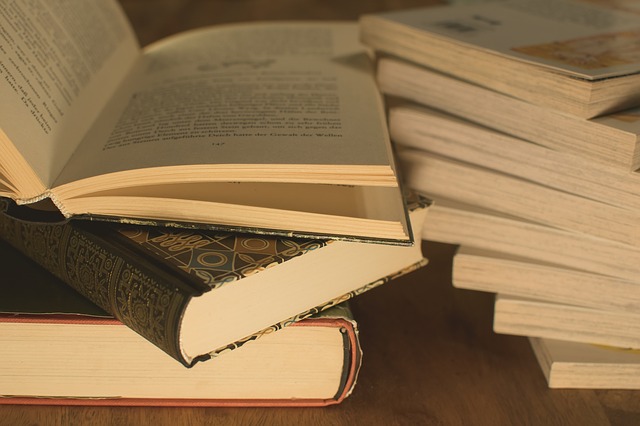 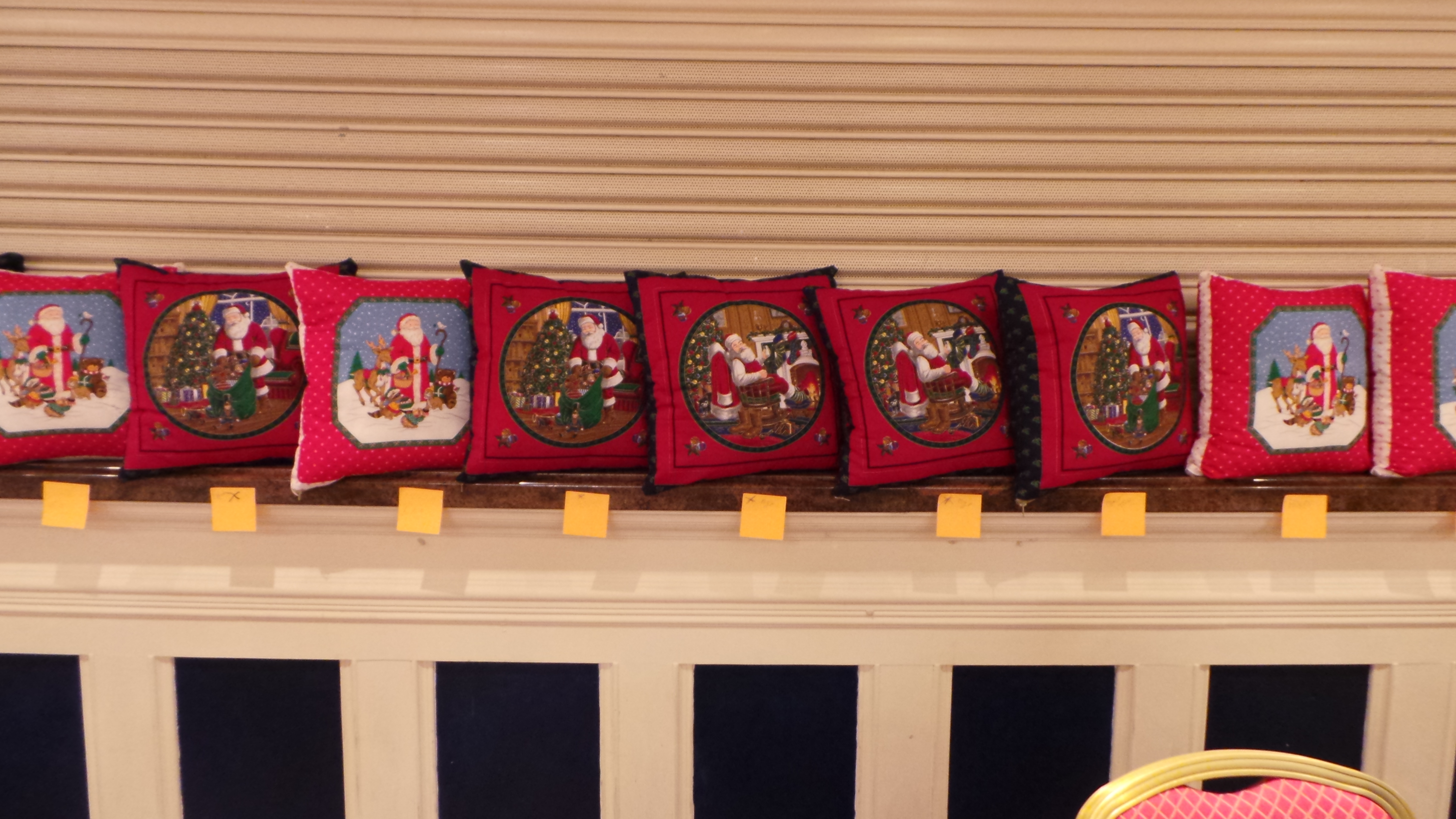 LMETB ALS QQI Awards Ceremony was held in the Ardboyne Hotel, Navan on the 14th December. €533.00 was raised for St. Vincent De Paul from donations made for crafts made by the learners from the “Trash to Cash” module. This non-accredited module was introduced earlier this year as part of a preparation for work course. It is designed to encourage entrepreneurship. Learners had to research ideas on the internet, plan, design, source and cost materials, work out profit margins etc. along with marketing and sales strategies. In addition, items were donated by the local St. Vincent De Paul shop that were “worse for wear” and unable to be sold. The learners took these and transformed them. Likewise, they used ordinary household items such as jam jars etc., decorated and remodeled them as candle/tea light holders for table decorations. 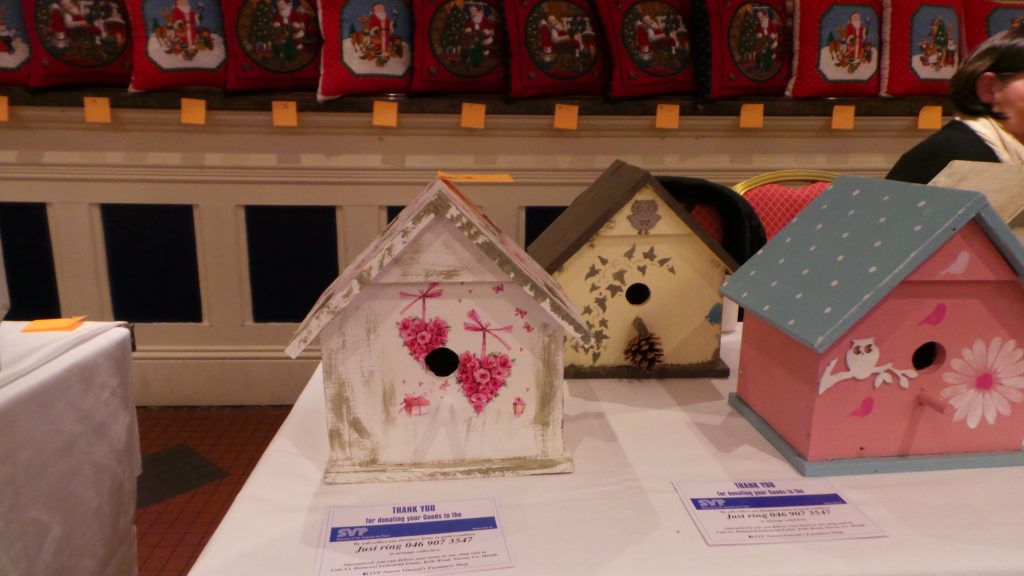 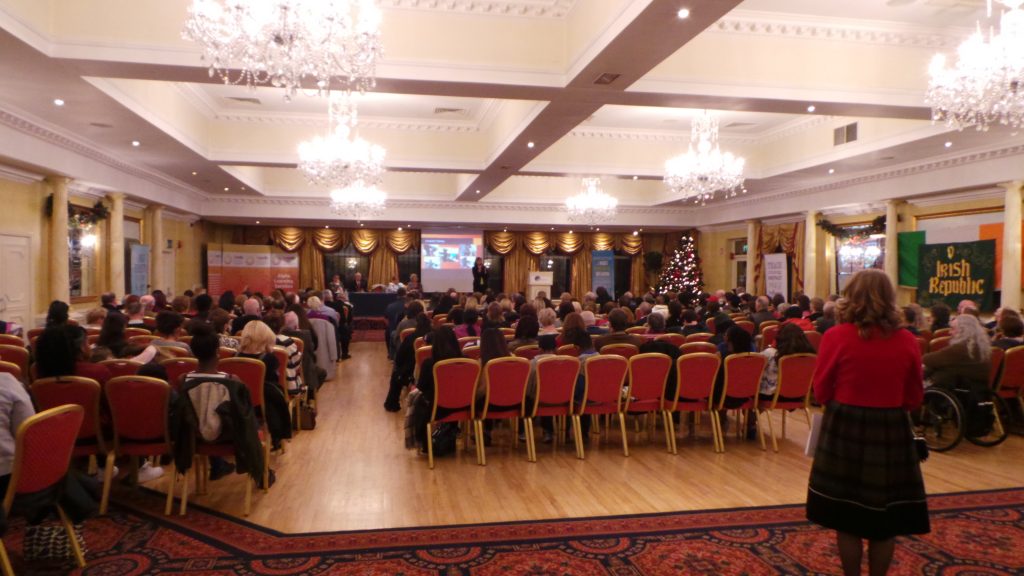 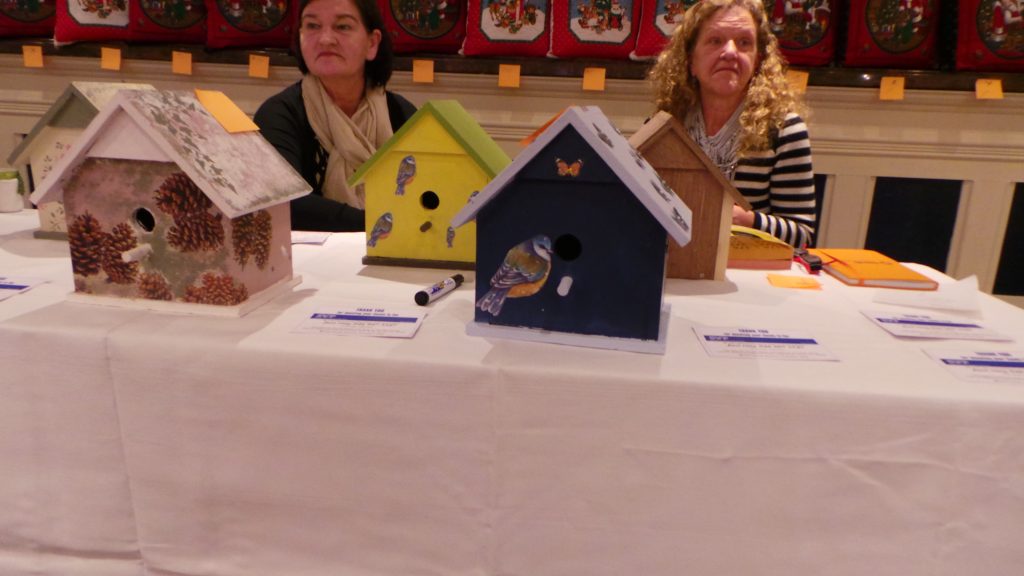 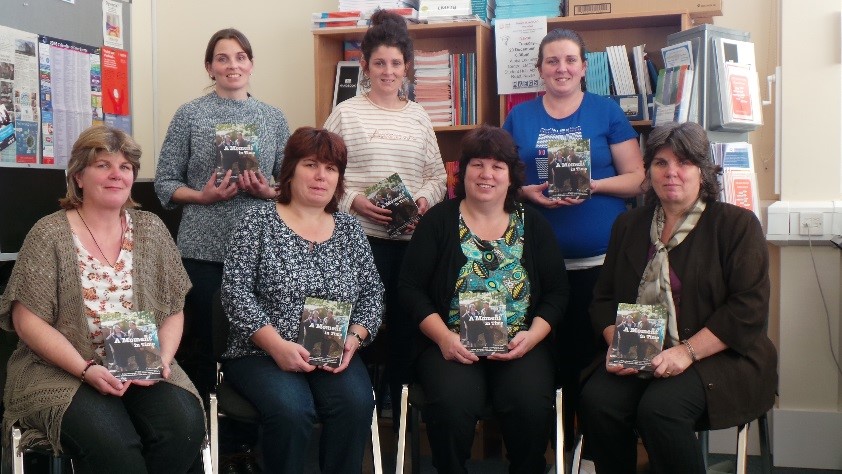 Their stories depict an array of memories of past times and the people who influenced and impacted on their lives. The reader is drawn into their world and through this come to know the characters, their surroundings, faith and values and their great sense of pride of being a Traveller.

The book was officially launched in the Ardboyne hotel, Navan on Wednesday 14th December by Ms. Imelda Prunty, Adult Education Officer with LMETB. Ms. Prunty congratulated the ladies on their tremendous achievement.

Speaking at the event, Ms. Mary Joyce outlined the background to the writing, selecting and compiling of the pieces for the book. On behalf of the ladies she acknowledged their tutor Ms. Clare Rogan, Ms. Mairead Kennedy and Ms. Bernie McKevitt for their help and support in putting the book together. 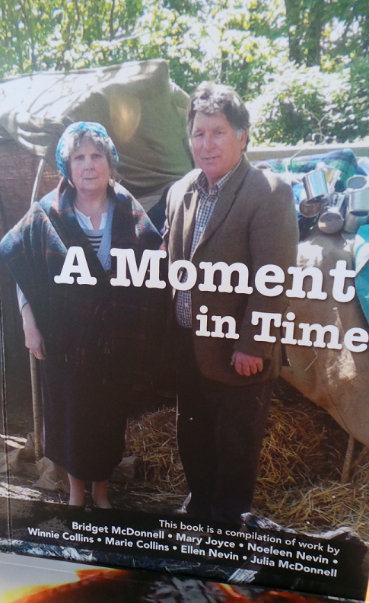 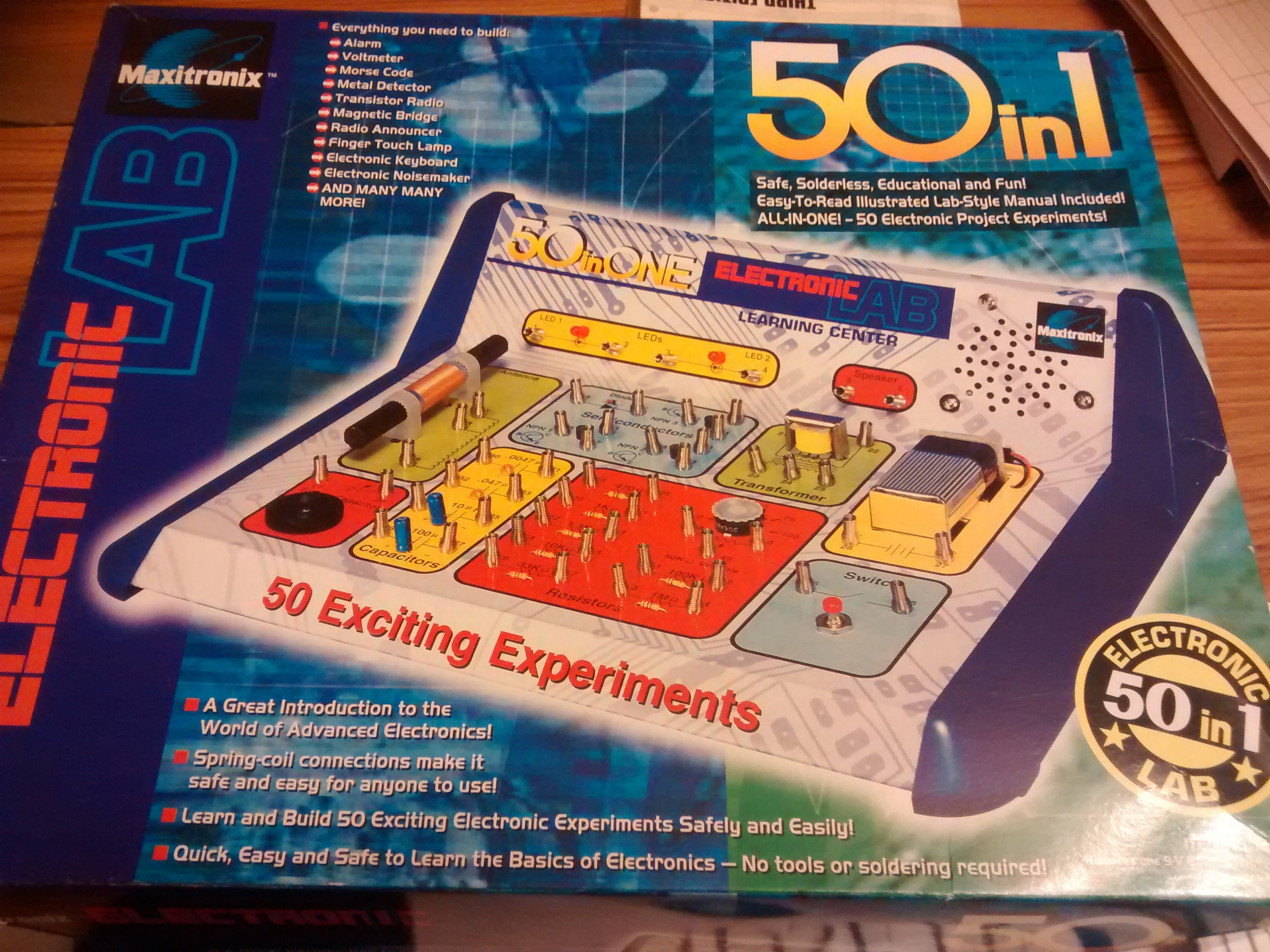 In February 2016, MSLETB met with DSP to explore ways to refer clients who had low levels of education or very little formal education. Through discussion, it emerged that there were very few courses for men who wanted a job. They didn’t want to study or return to education. If this group were to be engaged, it would have to be a ‘Hands On’ practical course.

The Adult Learning and Education Centre looked at apprenticeship courses at Level 5/6 that were offered in Mayo, Sligo and Leitrim. It was felt that many who applied for apprenticeships didn’t have enough grounding in maths to complete the apprenticeship phases successfully. Level 5 and 6 was a step too far for many who left school with little or no formal education.

We decided to bridge the gap between what was offered at Level 5/6 and to offer a pre-apprenticeship level. Many learners were afraid of maths but were interested in practical subjects so ALEC combined Maths QQI level 3 (3N0929) with Electrical skills QQI Level 3 (3N0527).

We started this in April 2016 and ran it until July 2016 for 6 hours per week Mondays 2-5pm and Thursdays 2-5pm for 14 weeks and based it on the ITABE model. We aimed at recruiting 6-8 men but sixteen men signed up. Twelve completed the course with two gaining employment during the course.

The class combined Maths and Electrical skills rather than having set times and days for each module. Sometimes Electrical skills were first up, followed by maths and on other days the reverse happened, depending on the particular objectives for the tutorial.

Students learned the basic concepts of electricity by taking a plug apart. Another lesson given was where two lemons, a few coins and a few nails were connected together to make a simple ‘lemon battery’ which in turn was used to power a simple kitchen clock/timer. (The tutor got a clap when the clock was seen to be working from ‘lemon power’). This simple experiment appeared to captivate students and the range of questions arising from this set the tone for the course.

Electronic kits were used and allowed the students to test different circuits that were drawn and discussed on the whiteboard. In addition to the electronic kit, students were shown a number of experiments from an ‘electricity and magnetism’ kit. This kit demonstrated the key role in /electricity and electronics.

On the maths side, there were lots of discussions on topical items, economy, budgets etc. while data collection was a practical experience where students carried out a survey of cars and the findings were examined with great interest.

Every student was very interested in electrical skills so attendance was guaranteed in the class from the outset. Students gained confidence; there was energy in the class with many questions being asked. There was integration between different nationalities with everyone helping each other. By combining subjects, boredom and lack of interest was never a problem.

Ten of the twelve have gone on to Level 4 electronics. 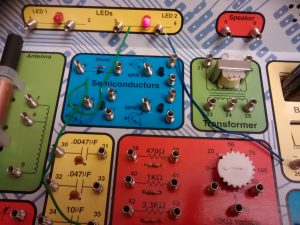 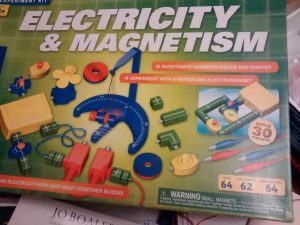